Animals at the Zoo

The other weekend, the manager at my school arranged for all of us teachers to go on a trip to the zoo in Seoul. Despite being a slightly cold day, it was still a fun time being outside admist all the colorful leaves. Here are some pictures of the best animals. 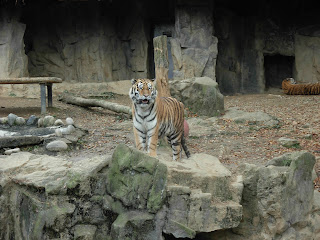 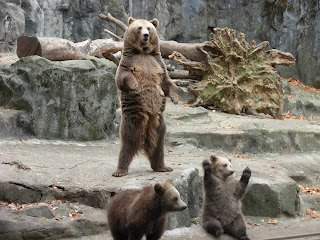 Sadly, these bears have learned how to beg for food. Whenever they saw a lot of people standing in front of their area, the big one would immediately start posing and then the littles ones, who are obviously in training, would follow suit. These animals are smart though because all their tricks worked and the people who aren't so smart would then toss them pieces of carrot or apple. 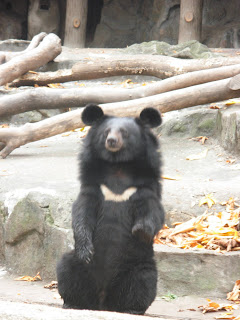 This bear was doing his best to get some food as well. While it was fun to watch these bears perform, you also felt really bad for them and a slight anger towards the audience. The entire zoo is much different than the one near my hometown in that people aren't allowed at all to feed or even tempt the animals with food and the animals' living areas are much bigger and cleaner. 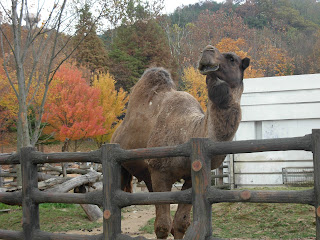 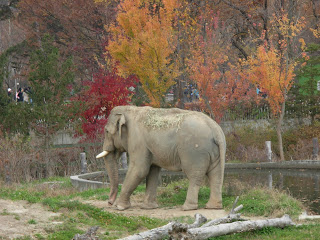 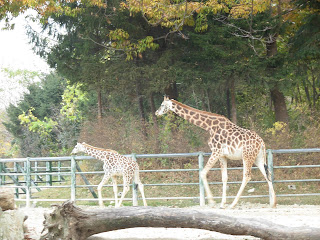 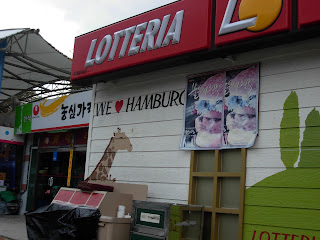 Apparently at the zoo, the giraffes love hamburgers as evidenced by this sign on a Lotteria (Korean fast food restaurant) stand directly across from their area.

Posted by amei sonsaengnim at 9:57 AM