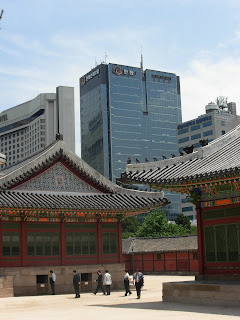 Today I went to Deoksugung Palace which served primarily as a palace for other members of the royal family from the 1500s up until the early 1900s. Elements of architecture and layout reminded me of the Forbidden City in Beijing, but not as grand or opulent. The best thing about the palace was the blissful sensation of peace, a hard thing to find in a densely populated country where the noise is neverending. I was also struck by the contrast of the old painted wooden buildings carefully preserved in the middle of multitudes of new shiny metal skyscrapers. It is a true picture of the past giving way to the future and a symbol of Korea's transition as a country. 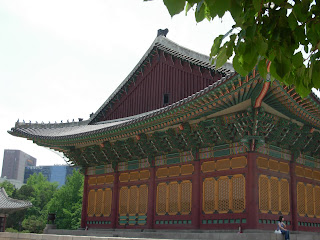 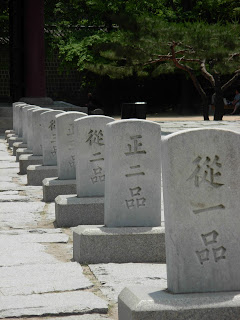 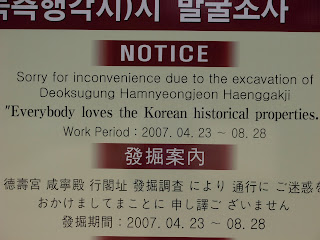 I love the way Koreans use the English language. At least this sign makes sense, unlike so many other random things from signs to t-shirt slogans to sayings on stationary products.
Posted by amei sonsaengnim at 12:45 AM

What are some of the things they write on the shirts?