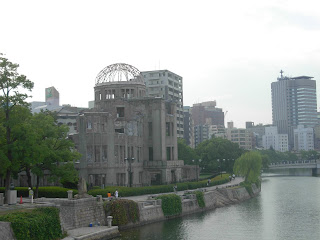 This building, known as the A bomb dome, survived the explosion despite being practically at the very center. The aerial view pictures taken soon after the bomb show just how powerful the bomb was; this building is standing and everything else as far as you can see into the horizon is just flat. But as you can see in this picture, Hiroshima is now a completely rebuilt, very modern city. 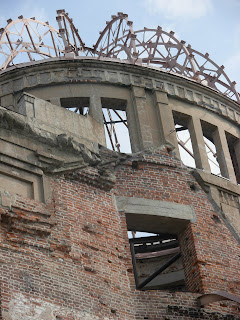 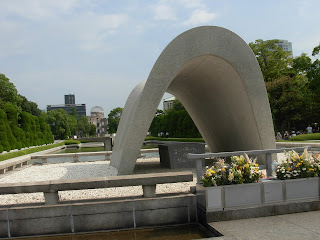 Peace Memorial and Park outside the Museum 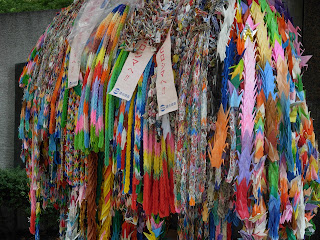 Cranes folded by people from around the world after a young Japanese girl started folding them while she was being treated from leukemia as a result of radiation exposure. 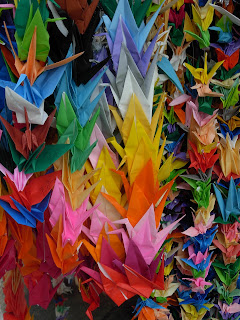 I'm so glad I went to Hiroshima when I was in Japan. The museum and the city are a powerful testament to the destructive power of war and the incredible determination to survive in the midst of hardship. Seeing the clothes of schoolchildren literally disintegrated from the heat and pictures of people who physically suffered for years later from radiation reminds you how scary and real nuclear bombs actually are, instead of just something the good guys and bad guys are fighting over in a movie.

Posted by amei sonsaengnim at 1:31 PM